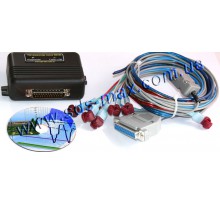 To itself CHIP tuning! The Processor optimizer (EFIE) fuel mixture for ingector SD-04

Optimizers is intended for correcting the factors of the engine. Can be used as alternative CHIP tuning engine for Your auto. This equipment under power even that cars, on which CHIP tuning is difficult.

Control presenting fuel is produced by way to correction signal sensor of the oxygen (Oxygen Sensor) and sensor of the mass consuption of the air (MAP, MAF sensor) on program, which defines user

It Is Supported absolutely all sensors of the oxygen (Oxygen Sensor) MAF, and absolute pressure.

The Optimizer is completed by software, which allows to connect it to computer, read and write all parameters a real-time, read the consuption a fuel, produce adjustment not stopping engine. The Provided conclusion given on graphs. There is possibility to save and write 3-h measured tables to correction sensor (MAF, MAP).

In optimizer is provided two states of working:  simplified  and  extended .

In simplified mode user defines whole several main parameters, influencing upon correction. In this mode degree to correction increases with growing of the consumption fuel. . Withincreasing a certain threshold speed the correction may decrease (defines theuser).

In advanced mode, the user can compile a detailed 3D map of correction signals depending on the time of fuel injection and crank shaft rotation separately for the Oxygen Sensor and MAF. Such settings allow you to achieve exactly a good result and reduce fuel consumption, and for racers - to achieve maximum power and torque throughout the rpm range crankshaft

In order to avoid errors in electronic controller (ECU) of the car, correction signal from sensor of the oxygen is produced on outflow of a certain time after enabling the ignition (defines the user).

The Device can work with MAF, having both analog output, and pulsed.

Inputs of the optimizer can be configured for 3 modes:

2. "Emulator" - in this mode can be emulated signals for the lambda (oxygen sensor) probe based on the current amount of fuel and readings from a sensor of mass consumption. These data are compared with data obtained in the process of learning optimizer (the data may be adjusted by the user). Thus, the computer receives a full signal from the Oxygen Sensor and can support a given composition of the mixture, the lambda probe is not needed;

3. "MAF (P)" - inputs Oxygen Sensor can be used for the correction of other analog signals with a level 0 ... 5 volts (for example - MAF, MAP, etc.)  In this mode possible functioning on diesel.

For increase drawing press on him... 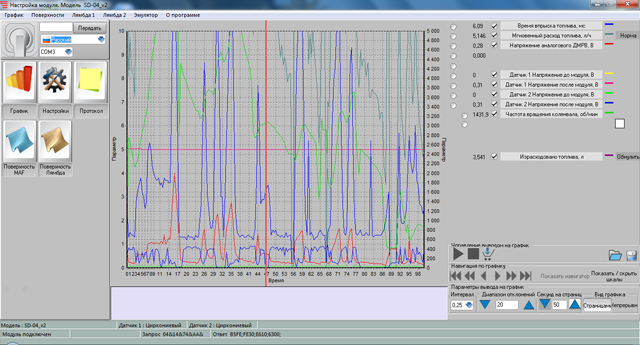 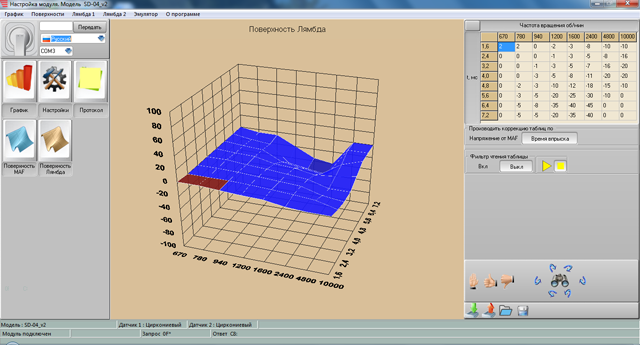 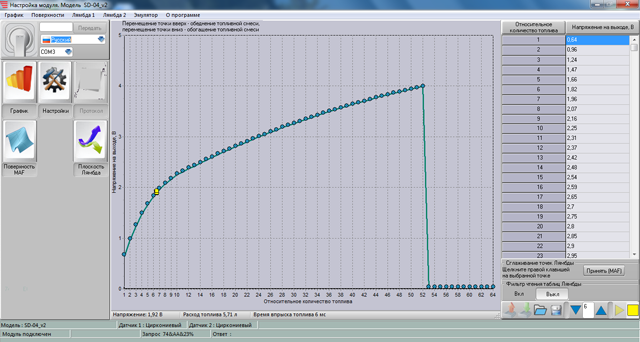