The formulation of the strategy for the creation of the hydrogen-operated internal combustion engine. Influence on environmental indicators. 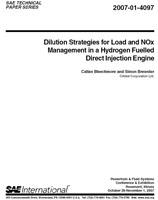 The researches were carried out in Aeronautical Laboratory Langley during the period from December 1941 to March 1942. 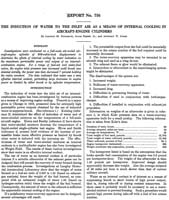 Extract from the report (translation):

Conclusions: Water injection can be used as a mean of internal cooling of the engine.

1. The possibility to work on lean mixture what reduces fuel consumption, or to reduce the fuel octane grade without deterioration in engine performance.

2. Water injection may be installed on an aircraft.

3. The temperature of the exhaust gases decreases.

4. The possibility to increase the engine power by eliminating the detonation effects.

1. Extra weight (now it is solved by application of modern technologies).

2. The need for an additional tank for water.

3. Difficulty of use at negative temperatures (you must add the alcohol or methanol).

The research was conducted in 1977 in Ohio.

The research object was to determine the influence of additives of Brown’s Gas (hydrogen), water and alcohol to petrol by njection in the inlet manifold on the economical efficiency and ecological compatibility of the engine.

The engine of Cadillac was the research subject. Tests were carried out with different proportions of fuel to additives at the same crankshaft rotation speed (2140 rpm) and produced engine power (36 hp). Ignition timing angle was adjusted in each case in such way so that one would get the maximum efficiency of the engine at the injection of a certain combination of mixture.

Conclusions: One can achieve more efficiency by adding Brown's Gas to petrol due to changes in combustion processes. The combustion speed of a mixture of petrol and Brown's Gas is much higher than the speed of combustion of pure petrol.

Increase of the combustion speed in a standard engine can cause the damage; because of this the researchers recommend the use mixture of Brown's Gas and petrol on vehicles together with water injection, which will slow the combustion. 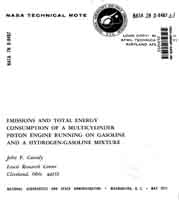 The usage of Brown's Gas generators require adjustment of petrol injection and angle of ignition to achieve maximum results. We recommend optimizer of fuel proportion for this purpose.

The researches were carried out in Aeronautical Aircraft Engine Research Laboratory during the period from 1943 to 1944. 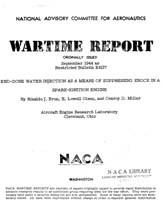 The possibility of increasing of the compression degree with the help of water injection to improve efficiency.

The research was conducted in 2008. 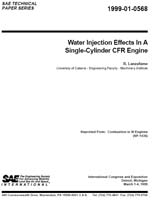 Research was conducted by SAE in 1999.

As it is well-known, the efficiency coefficient of the engine depends on the degree of compression. Today the maximum value of the compression degree is determined by the detonation resistance of the petrol. One of the components, which increase the detonation resistance, is water, which was proposed by several authors of the experiment as antiknock.

1. The increase of the octane number of petrol from 70 to 93 was achieved through the water injection.

2. Currently, the best results were obtained with water. At this it is necessary to set earlier ignition.

3. Experimental data showed that nitric oxide is reduced by more than 50% at the injection of water into the fuel in the range from 1

to 1.25 (1 < "S" <1,25). Water injection contributes to reduction of carbon monoxide emissions and concentration.

4. With the use of the experimental data and calculations, the results, model, which allows to determine the detonation and the index of influence of water on fuel, were obtained.

The research of direct water injection into the cylinder of diesel engine. 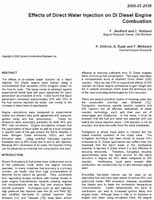 Researches were conducted in 2000. It was found that direct water injection in cylinders of diesel engine may significantly reduce diesel fuel consumption; combustion speed with water provides normal operation of the engine. There was a significant reduction of polluting emissions. The tests were conducted in 2 operation modes of the engine - 44% and 86% of the maximum capacity.